“It means a lot, especially coming back to the community where I grew up and having the kids watching and inspiring them,” said Favors, who stuck around after the ceremony to sign autographs.

Favors played as a seventh and eighth grader at Crawford Long Middle School in 2004 and 2005. He then played at South Atlanta High School, where he became a McDonald’s All American and led the Hornets to the 2009 Class AAA state championship his senior year. After playing at Georgia Tech for one year, where he was named ACC Rookie of the Year, Favors became the third overall pick in the 2010 National Basketball Association Draft. He is a nine-year veteran of the NBA.

“This event was needed so students can see what success looks like,” said Principal Lisa Hill. “Yes, it’s one thing to be dedicated in the classroom but you have to be overall dedicated to having great character, having grit, and with that, all things are possible.” 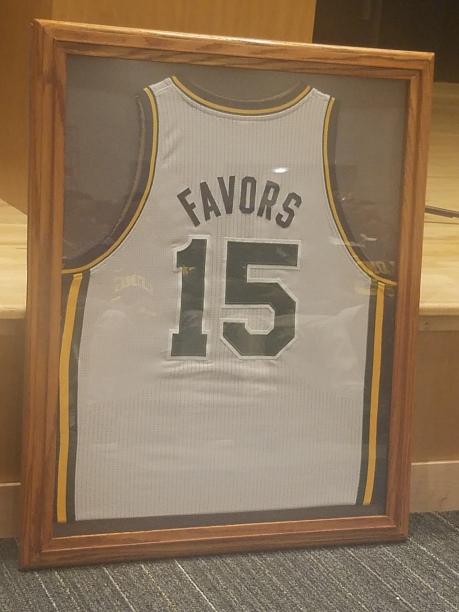 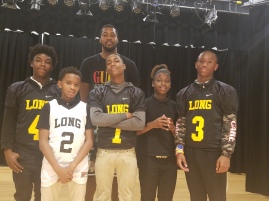 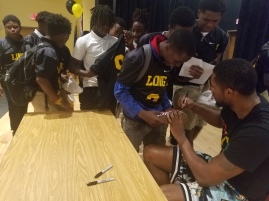 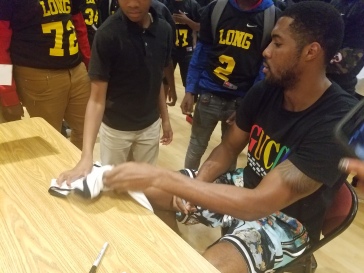