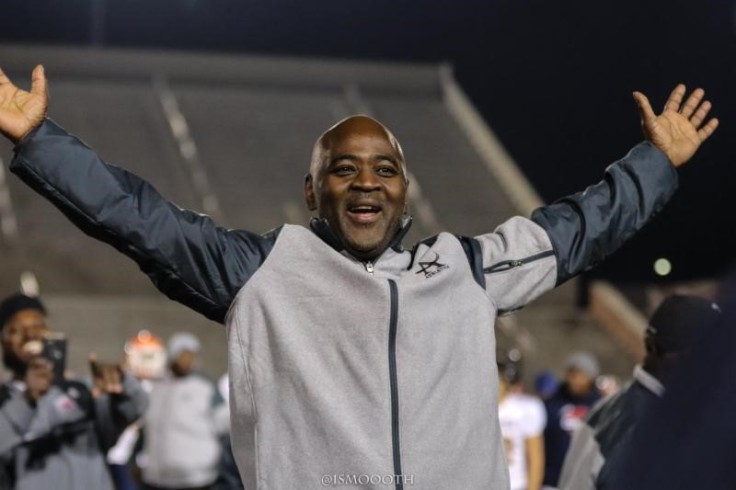 The program recognizes high school football coaches across the state of Georgia for their hard work and dedication to making a difference in student-athletes’ lives on and off the field. Each week, one coach is selected to be the Atlanta Falcons Coach of the Week based on his commitment to his team, community and player safety. The winning coach will receive a $1,000 equipment grant, a commemorative football and tickets to an Atlanta Falcons home game.

“Coach Cofield exemplifies everything it takes to be a true leader and coach,” said Stephanie Wallace, Douglass’ Chick-fil-A Play it Smart Academic Coach. She nominated Cofield for the award. “He is passionate about his job, he loves his players, but he also knows how to be tough when he needs to be. His greatest desire is to see these young men who live in an area that is considered disenfranchised succeed in life.”

Cofield, who also serves as Athletic Director at Douglass, has the Astros at 3-0 for the first time since 2006 and has led them to back-to-back appearances in the Class AA state playoffs. Douglass was 1-49 in its previous 50 games prior to Cofield arriving in 2012.

It was the second time Cofield has resurrected one of the District’s storied football programs. He took his first head coaching job at Washington High School in 1995, and in 13 seasons led the Bulldogs to an overall record of 97-46-1 with three region championships and eight state playoff appearances. In the previous 13 seasons before Cofield took over, Washington was 23-107 with no appearances in the state playoffs.

Cofield is a graduate of the old Fulton High School (now South Atlanta), where he led the Redbirds to back-to-back region titles in 1982 and 1983 as the team’s quarterback.