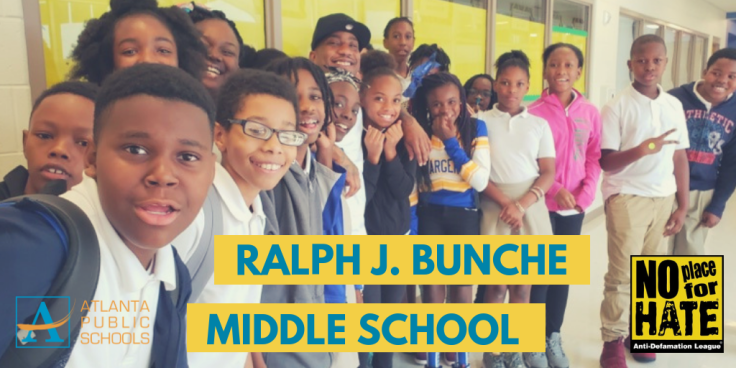 The Chargers join more than 1,600 schools across the country that are making their schools “No Place for Hate,” an Anti-Defamation League (ADL) initiative that provides Pre-K-12 schools with an organizing framework for long-term solutions for creating and maintaining a positive climate.

In addition to creating “No Place for Hate” posters, students signed resolutions of respect to confirm their commitment. After an opening welcome and “No Place for Hate” program overview by eighth-grade student, Shyanne Willis, Hot 107.9’s radio personality, Reec, took over as emcee.

Author Kenyata Martin spoke to students about his second chance at life. Martin was once one of youngest inmates in the Georgia state prison system; at age 13 he was sentenced to 10 years for armed robbery.

APS graduate DaQuarius “Q” Greene also shared his testimony of how one poor decision to text while driving  drastically impacted lives and left him partially paralyzed. He discussed the importance of good influences, good decision-making, and anti-bullying in general.  Students were engaged and held on to every word.

The rally also featured musical artists and a television personality. This was the first of many activities to come that support the “No Place for Hate” campaign. 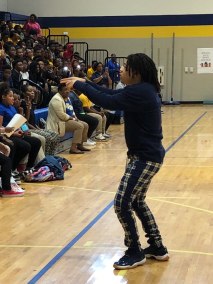