Cheers, raised hands and even snow balls filled the air in South Atlanta High School’s auditorium on Nov. 7, as nearly 500 students from 24 APS elementary and middle schools had a meltdown showdown!

New York Times best-selling author/cartoonist Jeff Kinney’s visit came one week after the release of “The Diary of a Wimpy Kid“ series book No. 13 , “The Meltdown” – and one day after the launch of APS Race2Read: The 2 Million Minutes Challenge. Through this district-wide challenge, APS students, teachers, staff, parents and community partners will race to read a collective goal of 2 million minutes and cross the finish line by the end of this school year.

A visit from the Wimpy Kid was a perfect way to get the Race2Read rolling! With more than 200 million copies sold across the globe in 70 editions and 59 languages, Wimpy Kid has turned millions of children into readers. The book series is filled with comic-style drawings of the daily adventures of its main character Greg Heffley.

“It is both an honor and pleasure to partner with Atlanta Public Schools,” said FeFe Handy, chief executive director of Page Turners Make Great Learners. “We understand clearly that Title I Schools rarely, if ever, have award-winning authors visit their schools. Today was proof that by working together – school, community and corporate partners – we can equalize access and exposure, making these opportunities available for all students regardless of their geographical location.”

The meet and greet was as quirky and fun as the Wimpy Kid series. Kinney spun a digital wheel that landed on various interactive activities, including a foam snow ball fight, a dance challenge for teachers to win a Skype visit, and a segment where students attempted to stump Kinney with questions about his series. Of course, one of our bright scholars managed to do so: Jaylah Benson, a fourth grader at West Manor Elementary School!

Each student was surprised with a free, autographed copy of “The Meltdown.” Many began reading immediately and were encouraged to log their minutes towards our 2 million minutes goal.

Learn more about Race2Read and log your minutes at www.beanstack.com/race2read. 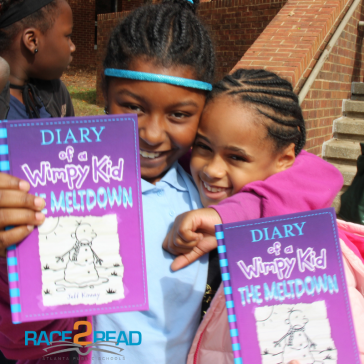 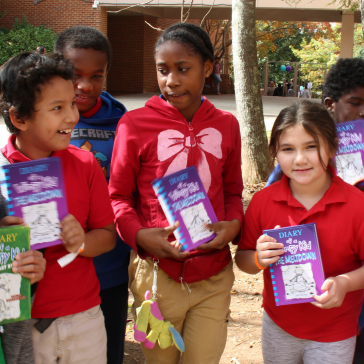 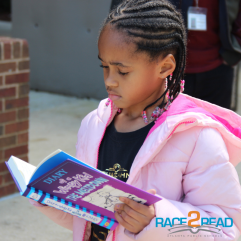 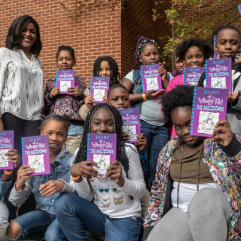 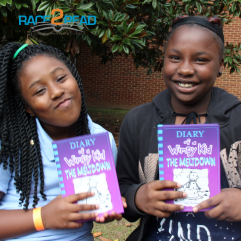 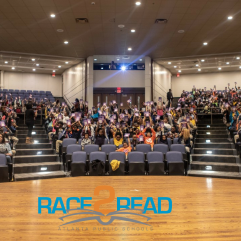 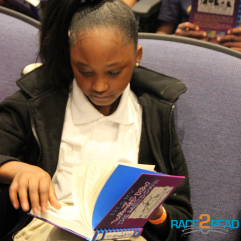 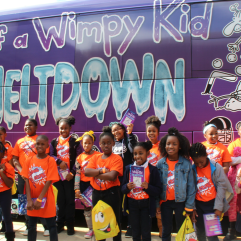 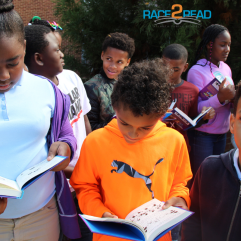 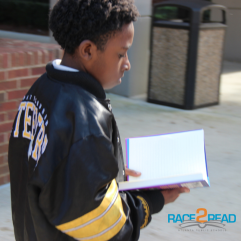 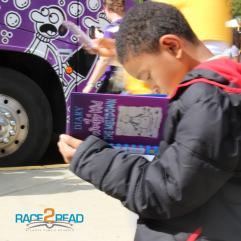 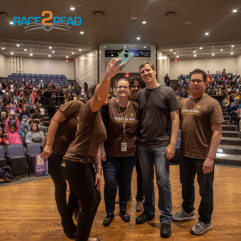 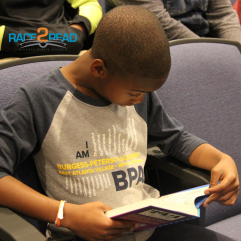 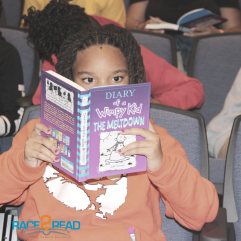 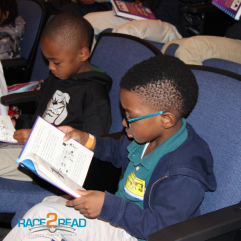 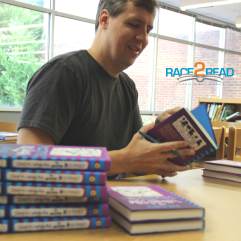 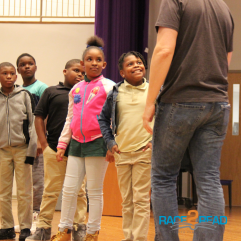 Students ask “The Diary of a Wimpy Kid” author Jeff Kinney questions about his book series. 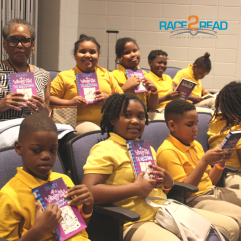 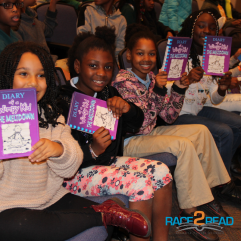 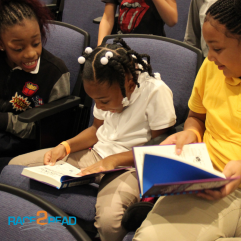 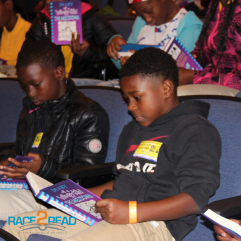 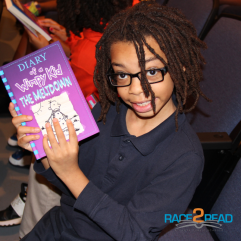